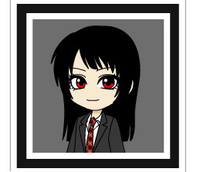 If you're bored right now, think about it. We always complain about how bad the others treat us. Maybe having our own country, our own rules and an education system will make a difference in our lives.

- Capitalism.
- Direct Democracy.
- Urbanism. Our aim is to set up cities, not farms.
- Preparing the Constitutional Convention.
- Settling in rural towns to get the majority in the regional parliament, set up cities which are populated by us to gain control over local politics.
- Backing up the Descendants of Dr. Johann "Hans" Friedrich Karl Asperger to the throne.

Positive aspects will be:

- Red Seal the text of which is: 悠哉國建國委員之印, the English reading of which is: Sealed by the Commissar for Independency of 悠哉國 (State of Aspergers)

I think we need a cool symbol for the European Branch to recruit Dutch members.

I read a theory that Europe means sunset in Hebrew. Sunset could be a nice symbol, couldn't it?

Based on the quoted idea,  we tentatively designed a symbol for the European Branch!

These depict the instant when the sun is captured by the waves and sink under the Pacific, Surrounded by sunset clouds! 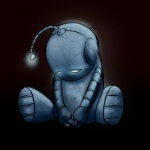